NICK AZIDIS is an Australian born new media artist and projection illusionist specialising in large-scale projections, in both digital and analogue mediums, and has compiled a diverse body of work over nearly three decades as a producer, content developer/creator and technician. Nick is interested in storytelling and creating eternal memories and changing viewer’s perceptions through his work, through image and light. Nick has delivered projections for the Gertrude Projection Festival, Geelong Christmas program, Melbourne White Night, ANZAC centenary on the NGV, Melbourne International Music Week, Melbourne Biennale, and Australian Open Tennis championships.

Nick is the Artistic / Creative and Managing Director of PROJECTIONTEKNIK, that was established in 1992
Since that time, his artistic investigations with projection have resulted in the creation of more than 1500 projection installations that create distinctive moods, atmospheric transformations, nostalgic and abstract forms. Based in Melbourne, Nick has worked throughout Australia, spanning major cities and also regional and remote areas.

With 28 years of projection experience, Nick Azidis gains his original artistic inspiration from the streets and buildings of Melbourne city itself. Azidis creates aesthetically beautiful pieces that transform a viewer’s perception of their surroundings, with a blanket of luminescent designs. Nick’s love of projections and passion for lighting, as well as his technical skill, combine to bring a fresh visual perspective to every project. He has a strong work ethic and loves the collaborative processes and relationships he forms during a project. His ability to interpret creative ideas and create an aesthetic that serves the project is the fundamental basis of all his work. 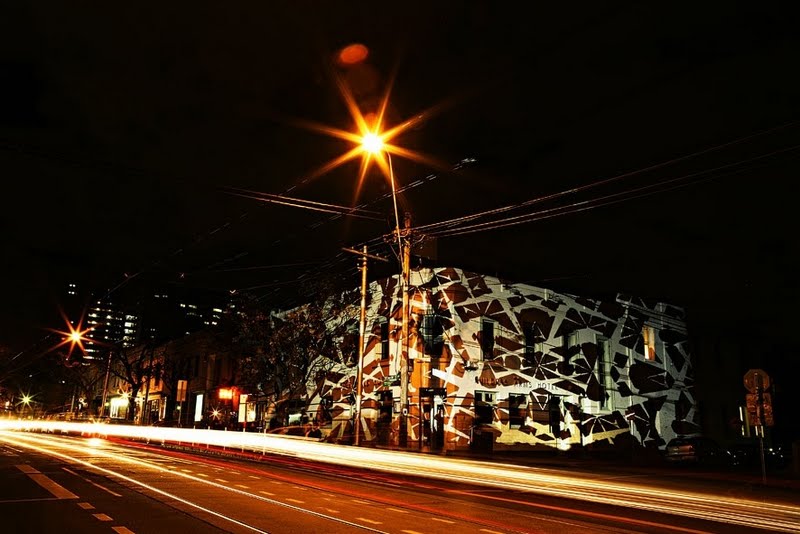